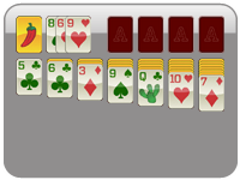 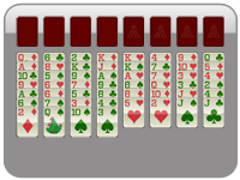 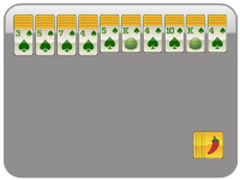 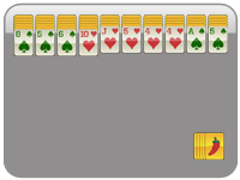 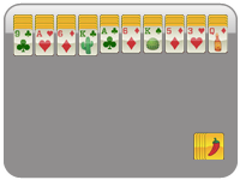 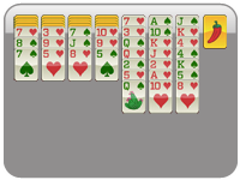 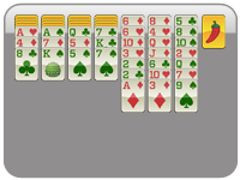 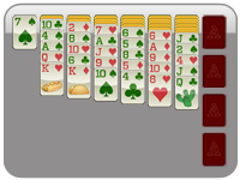 Join the solitaire fiesta when you play 2 Suit Cinco de Mayo Spider Solitaire! The intermediate spider solitaire, this solitaire card game is sure to kick that hotness up a notch.

Two Suit Spider Solitaire is played just like the 1 suit version, except you'll need to pay more attention to the suits, as you must build the stacks of cards from King to Ace based on suit. You may place any card on top of another card, so long at it is in descending order, but if they are of different suits (for example, if a seven of hearts is placed on an eight of spades) the cards above that recently placed card will go inactive until that card is removed. Again, build all the stacks of cards correctly by suit and they will disappear one by one, until you win the game! Use the bottom waste deck to help your game out when you're stuck!

DISCLAIMER: The games on this website are using PLAY (fake) money. No payouts will be awarded, there are no "winnings", as all games represented by 247 Games LLC are free to play. Play strictly for fun.